Your gut environment is responsible for a lot of disorders such as obesity, diabetes, heart disease, rheumatoid arthritis, and multiple sclerosis.  Multiple sclerosis (MS) is a common autoimmune disease which affects a large population worldwide.  The quality of life diminishes as the disease progresses.  The host attacks the brain and the spinal cord resulting in paralysis, limb weakness, fatigue and other symptoms.

Studies on MS have proved that gut microbiota may play an important role in the pathogenesis of MS.  Dr. Ashutosh Mangalam, an assistant professor of pathology at the University of Iowa, emphasizes that “gut microbiota regulate or influence our immune system either directly or indirectly by producing small chemicals that train our immune system to deal with different kinds of pathogens.”

A team at the Mayo Clinic in Rochester, Minn., suggests that patients with MS had altered fecal microbiota.  This research supports the idea that patients suffering from MS have microbiome dysbiosis.  While a normal healthy gut has balance between the cells of the gut, numerous factors can disturb this balance.

Stress, food habits, smoking, or infections cause dysbiosis, or an imbalance in the gut microbiota. These might lead to an increase in harmful bacteria in our gut and decrease those who are friendly.  These human friends are commensal or mutualistic bacteria.  Commensal microbes reside in us and receive nutrients from our diet, significantly impacting on metabolism, immune and neuronal responses. Studies in animal models of MS have identified gut commensal microbes that exacerbate or ameliorate neuroinflammation.

In addition, some food products contain live bacteria that line up our gut and provide beneficial effects.  This is known as the probiotic effect. For example, lactic acid bacteria found in yogurt are linked with enhanced beneficial effects.  Probiotics are non-toxic immunomodulatory agents that can be taken with MS therapy.

We are in a symbiotic relationship with trillions of gut bacteria as long as we are healthy.  Our gut houses around seventy percent of our immune system.  Thus dysbiosis or disturbance of gut microflora often plays a critical role in developing or triggering autoimmune disorders like multiple sclerosis.  Risk factors that are linked with autoimmunity also influence the gut and autoimmunity directly impacts how our immune system responds to gut microbiota.

So, gut microflora are essential as they help us in metabolic activities, absorb energy and nutrients.  They affect brain development, balance and even cognitive function. A diverse microflora results from a diverse diet. Dr. Stephanie K. Tankou and her Harvard associates published a study that showed probiotics can make a difference in the health of people living with multiple sclerosis (MS).

The study used Visbiome, a high potency probiotic that includes eight strains of bacteria. The probiotics were taken orally and the team was “pleasantly surprised” to see the shift from an MS gut to a healthier one.  MS guts tend to have an abundance of pro-inflammatory bacteria.  Participants with high levels of Lactobacillus in the gut had less pro-inflammatory cells in the blood.

However, a recent research investigating the relationship between gut microflora, genetics and multiple sclerosis suggests bacteria certainly plays a role in modulating the disease, but the key determining factor is individual genetics.  This modulation of the gut is a promising intervention to help manage multiple sclerosis.

Dimitry Krementsov, an assistant professor in the Department of Biomedical and Health Sciences at UVM, and colleagues, modulated the gut microbiomes of genetically diverse mice with experimental autoimmune encephalomyelitis (EAE), a common animal model for multiple sclerosis.

The culprit was Lactobacillus reuteri, a common probiotic that proved to be a risk factor for MS. The team pointed out that their  results showed a complex interplay between host genotype and gut microbiota in MS.  It also proved a single probiotic can modify disease susceptibility in a genetically susceptible host.

The conclusion was along with fecal microbiota transplantation, antibiotic and probiotic supplementation, we need to consider timing of exposure, host genetics, and baseline gut microbiome composition in order to plan for prophylactic and therapeutic interventions. Probiotics may be good or bad depending on the “context.”

Analysis of the influence of probiotics on the host immune system with multiple sclerosis has entered a new and fascinating stage.  The future of microbiome therapy will not depend on specific bacterial types; instead these therapies need to be highly personalized to work better. The relationship between certain bacteria and disease is a complex one and can vary from person to person depending on many factors including genetics. 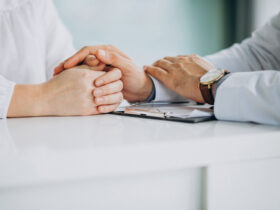 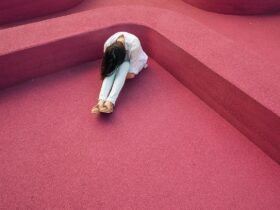 How Your Gut Flora Affects Your Mood and General Mental Wellbeing 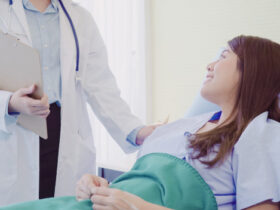